Daryl's legal work for a number of years has primarily been limited to the representation of property owners in Washington State eminent domain matters. In the course of such work he has represented hundreds of owners in cases involving numerous jurisdictions including the State of Washington, counties, ports, cities, Sound Transit, the Seattle Popular (or perhaps not so popular) Monorail Authority, railroads, school districts, utility districts, and fire districts. He has spoken on condemnation issues on several occasions at continuing legal education seminars.  Also, at the invitation of representatives of the State legislature and the condemnation task force, he has reviewed and made suggestions regarding proposed condemnation legislation.

​Daryl is a life long resident of the Seattle area.  He and his wife Janelle were married on the summit of Mt. Rainier, and have four daughters. In his spare time he enjoys running, hiking, biking, swimming, reading early American history, making furniture, and gardening. 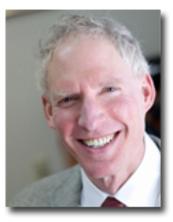 Daryl was associated with the law firm of Morris & Rodgers from 1980 until 1986. From 1986 until 1998 he practiced with S. Michael Rodgers as Rodgers & Deutsch. Since 1998 the firm has been known as Rodgers Deutsch & Turner, P.L.L.C. He is admitted to practice in the State of Washington, and also before the United States Court of Appeals for the D.C. Circuit, and the United States Supreme Court.