In 1980, Mike was elected President of the Washington Chapter of the International Right of Way Association and the following year was selected as Association Member of the Year.  Mike continues to lecture at seminars on trial techniques and appraisal practices in condemnation cases.  Mike has participated in several mock condemnation trials for the Appraisal Institute and Right of Way Association.  Mike is also a former member of the Board of Trustees of his law alma mater, Willamette University.

Mike entered private practice and founded our firm in 1973 with a primary emphasis on condemnation and trial litigation of real estate related valuation and damage issues. Our firm, Rodgers Deutsch & Turner, PLLC, has been in existence for over 35 years with a commitment to aggressively represent property owners in condemnation matters in Washington State.

​Mike has enjoyed success in the condemnation and real estate litigation field as one of the most active condemnation attorneys in the State of Washington having successfully concluded approximately 1500 separate condemnation cases representing property owners.  These cases involve every governmental jurisdiction and range in size from small takings to cases where compensation and damages are very substantial.  Mike takes pride in his reputation for obtaining the very highest settlement and court awards for his condemnation clients. 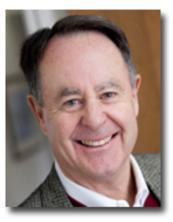 From 1968 until 1973, Mike served as an Assistant Attorney General representing the State of Washington in real estate condemnation jury trials on behalf of the Department of Transportation throughout the State.  From 1970-1973 Mike was Lead Trial Attorney for condemnations in Western Washington.  During his years with the State, Mike personally tried approximately 80 Superior Court jury condemnation cases and was involved as primary attorney in the settlement of over 250 additional cases.  While in State employment, Mike attended appraisal courses sponsored by the Appraisal Institute (MAI) and was a participant in seminars sponsored by the Bar Association and professional appraisal organizations concerning practices and procedures of appraisal testimony and cross-examining experts in condemnation cases. Mike understands and enjoys the appraisal process, and working with appraisers to solve difficult valuation problems.